Roundup of Reads and Randoms for June 2015.

I know I said I would be a posting machine once school got out, and while I have definitely been reading and relaxing, I haven't gotten around to posting. I felt guilty for a little bit, but then I remembered that it's my blog, and it's okay.

That being said, June is at an end. And just like I promised myself I wouldn't look at anything school related until July, I also let myself have the first 2 weeks of summer vacation to myself. However, I did clean, a lot, and I'm currently in the process of culling my bookshelves and reorganizing (I think I have finally reach the point where I know I need to get rid of things).

In any case, I thought that a monthly roundup of my finished books and random favorites would be fun, so here we are.

Let's start this month with the reads, shall we?

In the month of June, I read 9 books, which is pretty good considering we didn't get out of school until June 18, and 3 of those books were read over the last 4 days. In any case, I didn't read all that diversely, but I did read some great books. 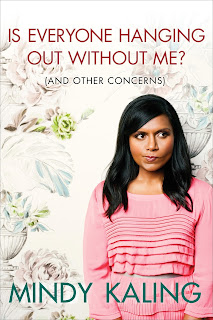 Is Everyone Hanging Out Without Me? (and Other Concerns) by Mindy Kaling

This was my most recent gym listen, and it definitely worked well as audio motivation early in the month. I'll have a post up soon, but I'm currently struggling to find a good gym listen. I need entertaining, but not serious and not something I have to pay super close attention to!

I was planning on spacing these out over the summer, but that failed to happen. These have a way of sucking me in! I don't have any more volumes here at home, so Amazon, here I come. And if you haven't read these, try them! They're a good series! 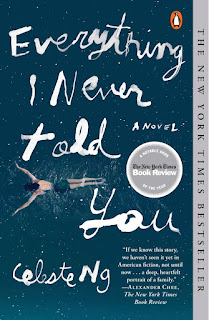 Everything I Never Told You by Celeste Ng

This book gave me a book hangover, but in the best way possible-it just gives you a lot to think about, especially if you have siblings. I have lots to say, but a post is forthcoming. 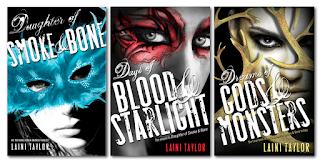 The Daughter of Smoke and Bone Trilogy by Laini Taylor

This was on my summer TBR, and I'm so glad I dove back in. I read the first one last year, but so much time had passed that I decided to reread it before moving on to the other 2. They're good, but lengthy. They're also responsible for my eyes hurting. ;)

For next month, I definitely need to read a few classics. I think first up will be a Bronte, and probably the Wharton I started over the winter. I also want to finish the Mistborn trilogy, as I read the first one back in May. We shall see.

And now for the randoms....

I thought it would be fun to talk about some other randoms from the month-things I've been loving, favorite moments, and more. This meme. It spoke to me deeply on the last day of school. :)

On one of the last days of school, I found this on my board after the kids had left. :)

Another student drew this on the front board after he finished his exam. For context, the kids had finished watching Jurassic Park the week earlier for our science-fiction unit, and I had mentioned that Velociraptors have always scared me! I love that it's saying "meow" and holding Diet Coke, which leads me to..... I gave up Diet Coke back in April, and I am closing in on nearly 3 months without any pop in my system. I also rarely drink caffeine now (only if it is in my tea) and I feel SO MUCH BETTER.

There's a story behind this one....our media specialist and I devised this big book project that my sophomores worked on all second semester. The Compound by S.A. Bodeen was one of our picks, as it is a title that we both recommend often and kids always come back and say they love it (especially our reluctant teenage boys). Well, on the last day of school, a student brought this to me. Turns out Bodeen is a family friend, and she thought it was pretty cool that we were using her book. When I e-mailed his mom to thank her as well, she told me the story behind the inscription. When she asked her son what he wanted it to say, he said, "You're cool, but make sure it's spelled right because she'll get mad if it's the wrong your." Bodeen apparently thought that was funny, which is why it is spelled out. :) This is so wonderful and will remain proudly on my shelves for forever!

And of course, lots of shenanigans with the husband. This picture is from the Mumford and Sons concert we went to earlier in the month. We also have been hitting up some local brewers, as Matt is really into craft beer (me, not so much). We've also been going to the gym, cooking dinner and trying new recipes, and playing Mario Kart. I'm sure the happy period of being able to do things will come to an end when he gets sick of me being around all the time, but I'll enjoy it for now. :)

I hope you all had a lovely June! Bring it on July!
Posted by Allie at 4:39 PM