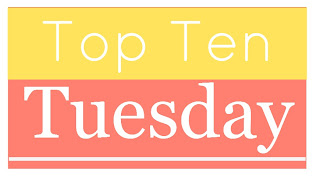 Wow! It has been awhile since I've participated in a Top Ten Tuesday! I knew this topic was coming up, and as you know, lists are my favorite. :) I almost let this one slip by, but here I am!

I love making lists of books to read-and even though I don't always complete them, it usually inspires me to get around to books that I've been "wanting" to read for quite some time.

I'm currently in the mood for some rereads and YA lit...which has been my mindset since June. I'm enjoying myself and all these rereads and fun YA titles, so this list follows that same vein. It's helping me stay focused as the school year begins, and having some comfort reads is forcing me to make time to read-something I let slip by last school year.

Anyway, here is my list, in no particular order.

1. The Heroes of Olympus series by Rick Riordan: Back in 2012 or 2013, I read the first 4 books of the series (I thought there were only 4...). Much to my dismay, as I neared the end of book 4, I realized there was another unreleased title. And I was uber sad. So, I bought book 5 the day it came out, and it is still sitting on my shelf waiting to be read. I'm currently on book 3 (just started it this evening), so I know I'll get to the next 2 books soon! 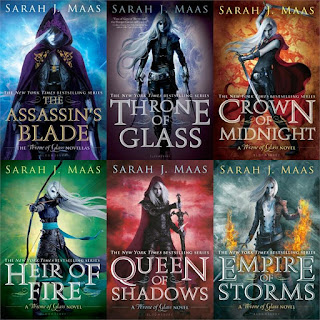 2. Queen of Shadows and Empire of Storms by Sarah J. Maas: I INHALED the first few books of this series back in early summer. And I purposely set Queen of Shadows aside so I would have another to read before Empire of Storms came out. And that is MOST DEFINITELY happening this fall. I'm going to try and save these for the readathon because flying through them sounds like a fabulous way to spend 24 hours. :) 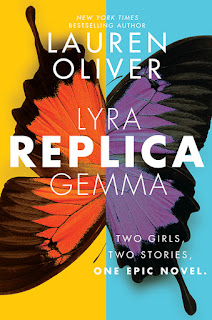 3. Replica by Lauren Oliver: I've read every Oliver title, so it makes sense to read this one too. :) Some I've like better than others, but I usually find them to be fast, fascinating reads. I enjoy Oliver's writing style! 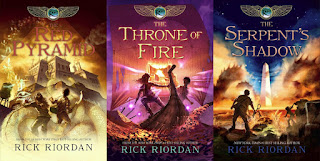 4. The Kane Chronicles by Rick Riordan: In my attempts to read from my own shelves, this is another series that has been sitting for far too long. I bought each title as it came out, so I think its time to read these as well! 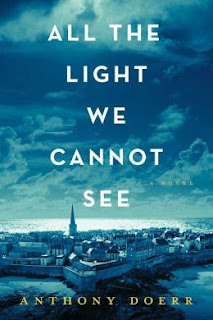 5. All the Light we Cannot See by Anthony Doerr: This is another title that I was super excited to read when it came out, and I bought ti shortly after. And yep. It's still sitting on my shelf. Some women at work were talking about it the other day, so I moved it to my nightstand in anticipation. 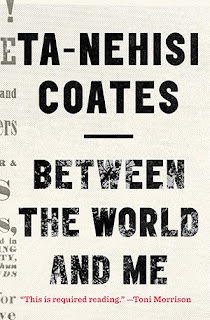 6. Between the World and Me by Ta-Nehisi Coates: I actually started this one back in August, and set it aside for something lighter. But I know I need to read it and I enjoyed the chunk I read in that sitting. I think it'll be a good read, especially with all that is going on in the U.S. 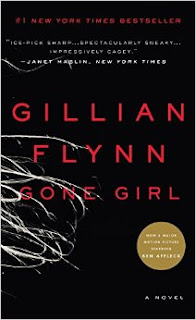 7. Gone Girl by Gillian Flynn: The fact that I haven't read this yet is a bit of a running joke between myself and one of my friends. And...no one has spoiled it for me yet. This is probably as "thrillery" as I'll ever get, as thrillers and horror are outside my comfort zone. But it's one that has been sitting on my shelf for awhile and I've been meaning to get to... 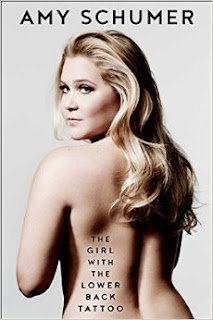 8. The Girl with the Lower Back Tattoo by Amy Schumer: I think Schumer is hilarious. And I think this would be a perfect gym listen. 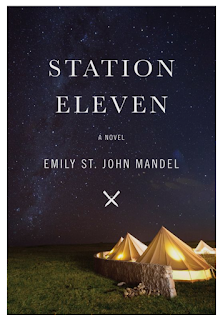 9. Station Eleven by Emily St. John Mandel: A parent volunteer in our media center (who I love), recommended this to me last year, so I picked up a copy. She said it reminded her a little of The NIght Circus, which I just read this summer and truly enjoyed. 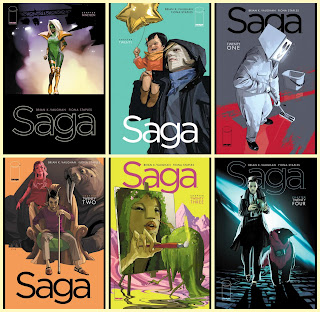 10. Saga, Volumes 4-6 by Brian K. Vaughn and Fiona Staples: I read volumes 1-3 in a matter of a couple days over the summer and fell in love with the world and the story. I don't read many graphic novels (leave me suggestions!), but I know this series is something special. I'm hoping I can get my hands on the next 3!

What are you planning on reading this fall? Let me know below!
Posted by Allie at 8:29 PM

Email ThisBlogThis!Share to TwitterShare to FacebookShare to Pinterest
Labels: Top Ten Tuesday, YA