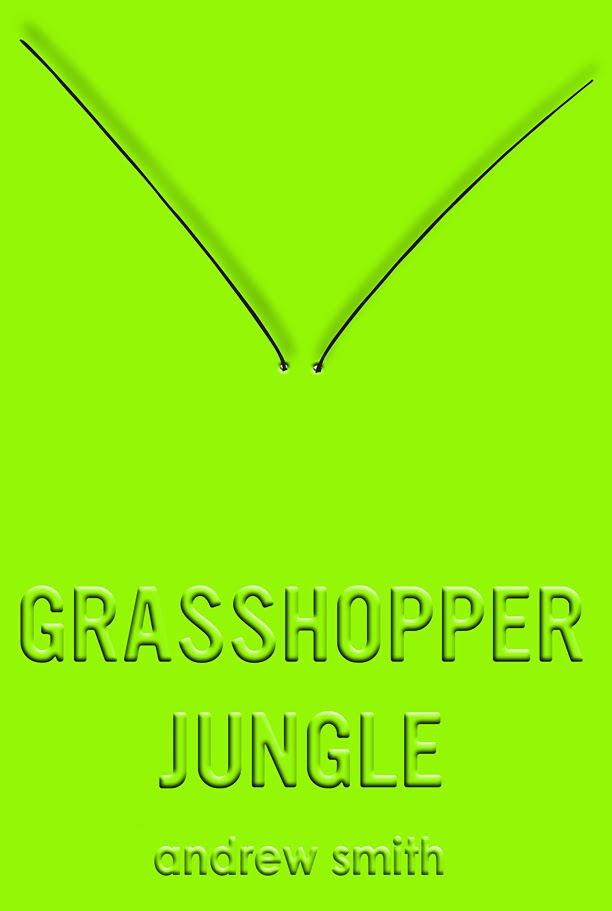 “Good books are always about everything.”

This will be, hand's down, the most difficult post I've ever written. And that's not because the book was awful, or I hated it, or that I don't have anything to say. Instead, it's because there is SO MUCH I could say, and SO MUCH that I loved, and SO MUCH that is valuable to talk about...but I have no idea how to do so.

To put it in perspective, my husband asked what the book was about when he saw it sitting on the coffee table in all it's bright green glory. I began explaining it, then had to back up to add in some details...and then I trailed off. All he could say was, "It sounds weird."

And it is a weird book. But in the best way possible.

It's weird because it is a book about everything all at once, and once I try to explain a piece, the rest disappears, but it's important too!

Essentially, the book is about a teenage boy named Austin who lives in the small and decrepit town of Ealing, Iowa. He's dating a girl named Shann, who he is very much in love with. And then there's Robby, Austin's best friend and someone that Austin is also in love with. And Robby loves him. And Shann loves Austin. And Austin is struggling to come to terms with his feelings, what they mean, and how to avoid hurting the two people he loves most.

The book  is also about the reckless nature of two teenage boys-who refuse to do what they should and take chances-smoking, cussing, experimenting with getting drunk for the first time, launching an investigation into what is going on in the town of Ealing.

It's also about a boy discovering and recording his history and present, and of discovering who he came from and where he is going.

But it's also about the end of the world-an old experiment with Unstoppable Soldiers (giant grasshopper/mantis beings) gone wrong and the quest to find a way to defeat them and prevent their spread outside of Ealing.

And at it's very core, it's a book about a boy learning who he is and coming of age in a very dramatic fashion and amidst chaos.

Even writing all of that doesn't capture the spirit and mood of this bright green book. It's lively and quirky and surprising and weird. It is everything that shouldn't make sense, but does. It captures what it means to be a teenager and confused about your feelings-about experimenting and wondering if it's okay, wondering if you're the only one who feels that way.

In that way, it's an extremely passionate and inspiring read. It's one that made me want to try to achieve something great, so as not to be forgotten.

I don't think I can say any more except that this is a firecracker of a book. You need to read it to understand it.

“History shows that an examination of the personal collection of titles in any man’s library will provide something of a glimpse into his soul.”

I also want to throw in as a pos-tnote that I am continually impressed by the depth and "realness" of Smith's books. I've read Stick, In the Path of Falling Objects, and Winger in addition to this one. All have been excellent, diverse, and true in capturing the spirit of modern teenagers. If you haven't read something by Smith, you need to.
Posted by Allie at 8:00 AM