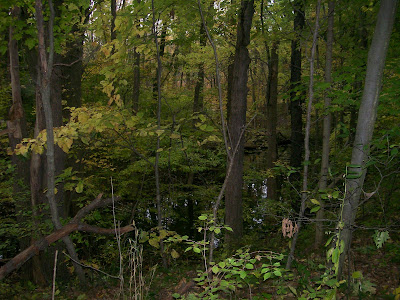 Sometimes life gets in the way of things you really love. This week has been like that. Matt and I have both been all over the place since Friday.

We have been apartment hunting and found a place we both loved! So, in addition to signing the lease and all that jazz, we have also been moving in some boxes of belongings and furniture. I’ve also been scrubbing and cleaning the place from top to bottom.

Needless to say, reading has taken a backseat. This is my first night home where I have nothing to do, so after watching my much needed Top Chef, I plan on curling up with The Two Towers.

To be perfectly honest, I don’t have a great deal left. For those people who have never read the books, they are actually divided into 6 short books, two in each volume. Each volume centers on a specific plot line and story. The first is Frodo’s flight to Rivendell with the other hobbits and Aragorn. The second is the decision to form the Fellowship to deliver the ring to Mordor and their journey until they break.

The third book, the one I just finished and the first half of The Two Towers, centers on the characters of Aragorn, Legolas, Gimli, Gandalf, Merry, and Pippin. The main focus is on taking down one of the towers which belongs to Saruman and saving Rohan.

However, my favorite part of the entire book is the Ents.

For those of you who are completely clueless, the Ents are “tree-herders” who take care of the trees in their home forest, Fangorn. Treebeard, the oldest and wisest Ent left alive is quite honestly by favorite character in the entire series. More than any other race of peoples in Middle-Earth, they have the darkest and most complicated history.

Perhaps it’s due to my own experiences with nature as an employee of my city’s park systems, but I absolutely love the beauty of forests. I think that the Ents really display that, especially once they get riled up enough to fight back against the destruction of their home by Saruman; riled up enough to go and tear down his fortress and destroy what he himself has built.

I always have to wonder if Tolkien had an ulterior motive in developing his Ents and their plight. Most likely he didn’t, but that tree-hugger part of myself hopes he did. I think it’s impossible to look at the beauty of a forest and not be awed. So many of the giant redwoods and sequoias out west have been there since the time of Jesus Christ that its hard to understand why people would want to cut them down.

It makes me grateful for my own little park and the beauty that’s there.

And the super nerdy part of me would love it if we had an Ent. But I don’t think that’s really possible. I can dream though!
*Picture was taken at Bloomer Park in Rochester Hills, MI by yours truly*
Posted by Allie at 9:44 PM

Email ThisBlogThis!Share to TwitterShare to FacebookShare to Pinterest
Labels: J.R.R. Tolkein, The Lord of the Rings