Another week has flown by and since it was spent on vacation, I feel like it has REALLY gone by quickly! I also had my 25th birthday on Thursday and decided to do a giveaway in honor of it, so I hope you will enter.

I spent most of this past week up north at my family's cottage in Gaylord. We spend a lot of time simply relaxing and doing nothing. I got a lot of "fun" reading done while we there too! I took One Hundred Years of Solitude with me to make sure I had the first half done in time for yesterday's post. I really enjoyed it and I look forward to reading the second half in the near future (hopefully this week). In addition, I decided to take a few light-hearted and fun books with me. I took books 7 and 8 in John Flanagan's Ranger's Apprentice series (Erak's Ransom and The Kings of Clonmel) as well as all three novels in Sara Douglass' Darkglass Mountain trilogy, of which the third was just released.

It was really, really weird to be reading something not from my list. I flew through both of Flanagan's novels at breakneck pace and started in on Douglass. I am almost done with the 600 page first book of the trilogy, but I am loving it. It is nice to take a little break from the heavy reading I have been doing. But, I can't wait to get back to An American Tragedy which was shoved aside this past week.

While up north, I made Matt do a little book shopping with me at a glorious used book store in downtown Gaylord. My aunt had told me about it so I made it a point to go. It was a glorious little shop called The Book Swap. The owner was in and she was a lot of fun to talk to. Matt found a couple of books as well. I wish we could have spent more time in the shop looking around, but it was dreadfully hot and someone (not me) was a getting a little grumpy.

Anyway, here is what I found: 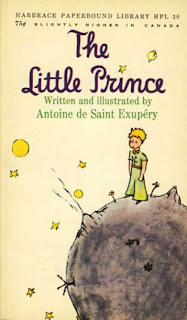 The Little Prince by Antoine de Saint Exupery. Believe it or not, this is really one of the only "children's books" on my list. In the future I plan on reading some more children's classics from my past as well as other recommendations, but this one should be coming up soon. And, believe it or not, I have never read this. I am really looking forward to it. 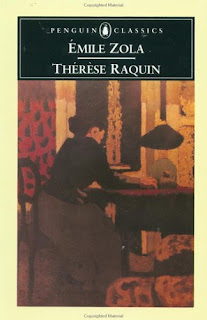 Therese Raquin by Emile Zola. Back in December I fell in love with Zola's Germinal so I am going to make it a point to read Zola's works (eventually). I read some mixed reviews of this one during the Classics Circuit Tour, but I have a gut feeling I am really going to enjoy it. 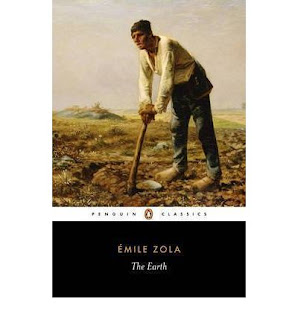 The Earth by Emile Zola. Well...I couldn't pass up one Zola for another and I was having a hard time deciding between the two. This one ended up coming home with me as well and while I don't know as much about it as the previous title, I think it is another title I will like. Sapphira and the Slave Girl by Willa Cather. I found this in a random hidden pile and the glorious cover called to me (seriously, isn't it awesomely 70s?). It is one of Cather's lesser known works and I am insanely curious. This title is also hard to find so I had to snatch it up. 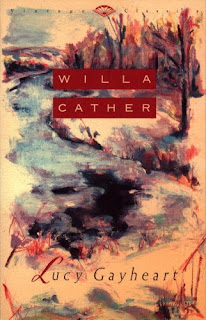 Lucy Gayheart by Willa Cather. This is another lesser known Cather novel and it shared the same glorious cover as the previous (I could not find a picture and our camera is currently dead, but believe me, it is just as awesomely 70s as the previous).

After I found the Cather novels Matt was getting grumpy (told you it wasn't me), so we headed out in Alpenfest and enjoyed the rest of our day downtown. These new editions are going to find their way onto my shelf in the near future!

I hope you all have a great reading week!
Posted by Allie at 11:45 PM