Weekly Wrap-up for August 12, 2012: Park Ramblings and a Bit of Bookish Stuff.

Whew. I can't believe another week has gone by. And while I know I've been a little busy, it seems as if nothing has gotten done round these parts!

I'm still working at the park (my last day is this Friday), and that has proven to be a bit crazy this week. One of our Rangers, Lance, hosted an Adventure Day Camp on Monday through Thursday morning (the campers spent the night Wednesday in the park). A lot of time this week was spent with the kids as they learned forestry skills, worked on survival skills, and made lots of cool things. Some of the pictures accompanying this post were taken while I was with the campers!

They learned to identify certain kinds of trees, including my new favorite, the Sassafras tree! The mature leaves look like dinosaur feet, don't they?

The kids also crafted walking sticks from Sugar Maple branches. We skimmed the bark off the branches, sanded them smooth, carved places for their fingers, then the other Ranger, Al, burned designs into the tops of the sticks for decoration (Al is an artist outside the park-he carves marble and forges things in bronze!). One girl had a horse head burned into the top of her walking stick, then had little horseshoe marks going all the way down her stick. Al is still working on mine (its going to have a dragon. :) Nerdy, I know).

We also spent some time helping the kids learn to shoot with a bow and arrow. For anyone who follows me on Instagram, you may have seen the results of my first attempt (Yeah, I included it here!). I stupidly didn't bend my elbow and after I launched my very first arrow, I felt a bad stinging on my arm! The picture shows what it looked like the next day! Needless to say, I learned my lesson and fixed my arm during the next few practice sessions. Shooting was really fun and the kids got into it. We even attached balloons to the target to try and pop them!

I also worked on conquering a fear. Well, kind of. You see, I'm a bit scared of snakes. I don't mind them if they're in a cage or habitat at the zoo, but seeing them out and about kind of freaks me out. Yeah, I'm a bad park employee.

Anyway, the two girl campers found a little baby garter snake and were so in love with the thing-holding it, asking to keep it, etc, that I felt a bit silly not even wanting to touch it. So after brushing its back with my fingers, I agreed to hold it for a minute. It wasn't that bad! :)

He felt a lot different than I thought he would, and while I wasn't that excited by the amount of squiggling around he did, or his back end wrapping around my fingers, I'm glad that I at least held him for a bit. It also made it easier to grab him when he escaped his aquarium home later that evening and was rustling around the park office!

Besides the camp, we've been working hard to get the park in good order before the seasonals leave for the year. I'm leaving a bit earlier than usual because of school-I need some time to prep my classes-but the college kids are also leaving! Al has been working us hard-trimming trails for the cross country meets this fall, spreading new layers of woodchips on all the city's playgrounds, etc. I've come home exhausted every night. Not to mention we have some crazy soccer groups coming in and dealing with their messes and attitudes has become a daily chore!

I did take some time earlier this week, in a spot of good weather, to drive around and just appreciate the park. Sometimes I get so caught up in all the daily shenanigans that I forget why I like working there in the first place. I get plenty of fresh air and sunshine in the summer, and new experiences are pretty common.

This is why it always saddens me when people take parks and nature for granted. I get a little huffy when I see people litter outside of the park because I know that someone will have to pick it up! I groan inside when people tell me they don't want to pay an entrance fee because they pay taxes (because really, your taxes come to things like parks LAST. We have to charge to maintain and upkeep the park! If we let our trails go, they would be overgrown in a year!). So, moral of the story is to go out and enjoy your parks-National, State, County, and City!

Anyway, transitioning to other things (can you tell I am a bit nostalgic today?), I did some other fun things this week. On Friday, my mom took me out to go shopping for things for my classroom. :) We headed to the Secondary Teacher Store first and found all kinds of great resources, posters, and other fun things for my room. We also went to a Lakeshore Learning Store even though it is geared towards younger grades. We still found some great things-especially for organization-so I was really happy. And if you have a Lakeshore Learning near you and you have kids, you need to go. They have some pretty awesome stuff for learning! And thanks Mom! My students will love all the stuff I got for the room!

After shopping, I headed home and was going to start cleaning my bathroom when my friend Jackie called and asked if I wanted to go to The Painted Pot with her. I went with her a week or so ago and wasn't that happy with my piece, so I wanted to try again. I ended up making an owl plate and a matching pencil holder-both for my desk at school. :)

Speaking of school, I got better news on Wednesday-I got bumped to full time (I was at a .8 before)! I'm so excited since I'll have a full schedule and a good balance between Social Studies and English. I just need to get cracking on some planning! 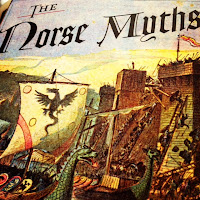 Beyond all of that craziness, I haven't had a ton of time to read. I've been slowly working my way through Mansfield Park by Austen, but haven't gotten too far. I'm also in the middle of a book of Norse myths (for the mythology class I am teaching). They're pretty interesting, and I think I found one or two I will use-so bonus!

I also started reading the book of Native American myths and legends and while some of the stories are good, some just aren't suitable for high school students! I do love the stories with Coyote, but I wish I knew more. I haven't really started Edith Hamilton's Mythology just yet, but I will make it a priority in the next week or two.

I also got a slew of new books in the mail. No really, a SLEW. Let me show you...


Sadly, this post is a bit too long to go through them all, so I will be devoting another post this week just to the contents of this crate. :) I'm a tease, huh? I will tell you that one book is a mythology title, and the others...well, you know the Penguin English Library editions I'm so fond of? Yep. It's an obsession and I have a problem.

Alright, time to get off this computer and spend some time with my wonderful husband (with his new job, Sundays are the only day he has off). Have a wonderful week everyone!
Posted by Allie at 8:30 AM