Fables V. 1 and 2 by Bill Willingham. 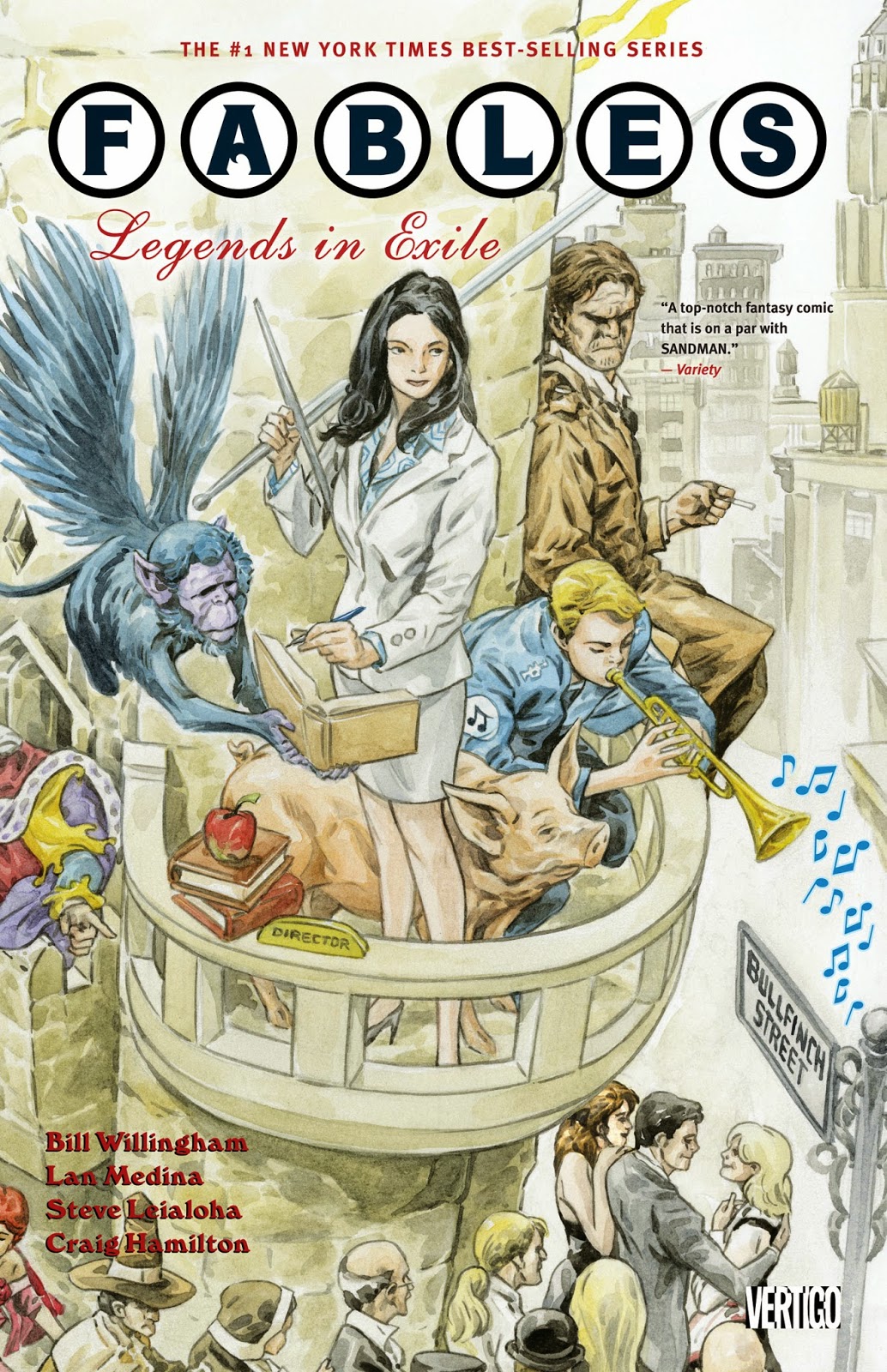 I first read Fables a few years ago (I actually believe I read the first 6 or 7 right after we moved into this apartment). I remember flying through the volumes my library had available, and enjoying them, but beyond that, my memories are pretty hazy. They came back to my attention a month ago, when I started to notice the comics everywhere on social media. It seemed like everyone I follow on Instagram and twitter were posting about the series. So, I was inspired.

After the first two volumes arrived a couple weeks ago from Amazon, I flew through them both. While the story in each was familiar, I was still surprised and fascinated by the world Willingham created.

The first volume, titled Legends in Exile, introduces the readers to the modern world of the Fables. Years before, the Adversary rose up in their homelands and many escaped to our world in exile. They set up a government in New York City for those in human form, while their animal counterparts found residence in an upstate farm.

The first volume focuses on some of our main characters (and from what I remember, their arc lasts for quite some time...at least through what I read before). Snow White works as the administrative assistant to King Cole, the leader of Fabletown. Although, Snow really just runs the show. The Big Bad Wolf is now known as Bigby and he is the sheriff of sorts. From the beginning, there are many references to their original stories, but obviously modernized to fit this new world.

The first volume follows the story and investigation of the murder of Snow White's sister, Rose Red. It's through this investigation that we slowly get introduced to some of the big names and faces on Fabletown. I think the author does a great job of honoring the original fairy tales and stories so that readers feel comfortable with the characters, but he also takes it further and modernizes their lives to fit his new world. I was drawn in immediately and read the volume in one sitting (it is pretty slim compared to some of the others). 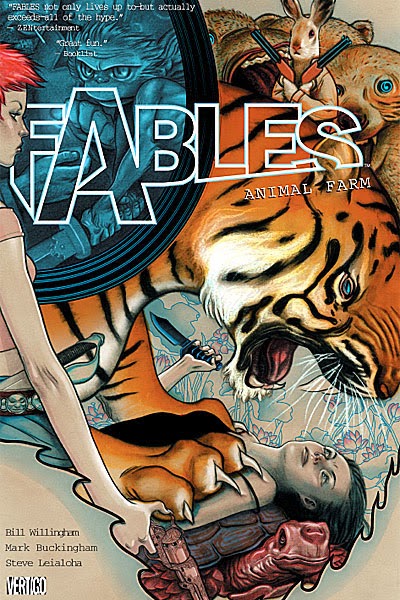 Volume 2 continues the story as events go down at the northern farm for the non-human Fables. Sick of being secluded to the boundaries of the farm, many of the non-human Fables are ready to rise against the human occupants of Fabletown and reclaim their places back in their homeworlds.

Unlike the first volume, this did not feel like an introduction. Since the lead characters were mostly familiar, it was very much a continuation of the story established in part one. I also liked that it was brought to a resounding close. I mean, I know the story continues, but this very much felt like a complete story on its own (again, if I remember clearly, I don't think that is the case later on).

I also enjoyed that Willingham also brings in characters and stories that aren't necessary fables or fairy tales. There is definitely some influence from mythology in both volumes, as well as literary texts. It makes for interesting reading, as you are;t quite sure who's going to pop up and where.

In all, I'm enjoying my little reread of this series. While I did order 3 more volumes (3 and 4, as well as the standalone companion, 1001 Nights of Snowfall), reading through the whole series will take me some time. These are titles I want to own and keep, so purchasing will need to be spread out, as they are a little pricey.

Let me know your thoughts on this series if you read them, and if there are other comics series I need to get my hands on!