A Game of Thrones by George R.R. Martin. 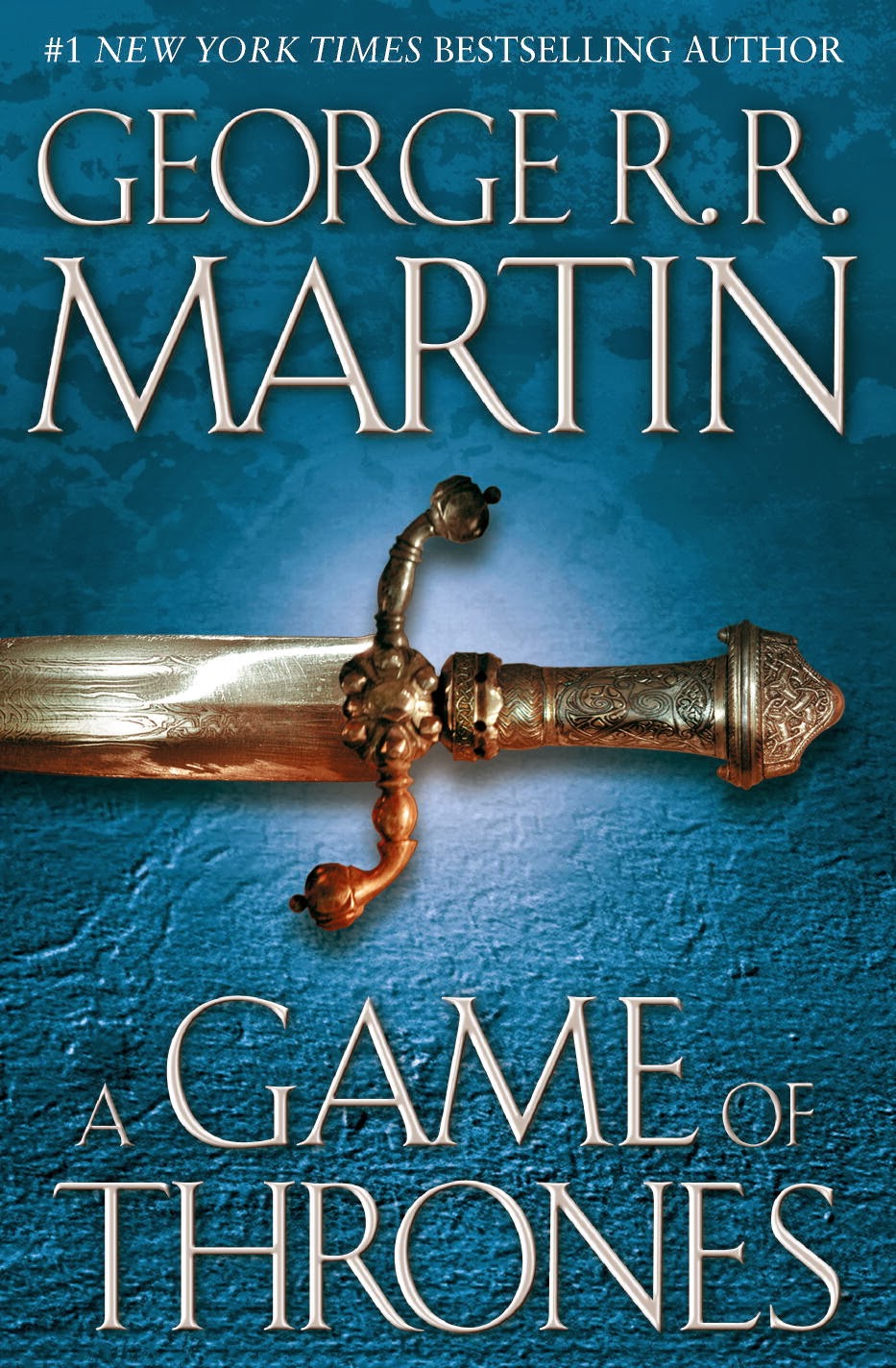 “Never forget what you are, for surely the world will not. Make it your strength. Then it can never be your weakness. Armour yourself in it, and it will never be used to hurt you.”

I absolutely refused to watch the first season of Game of Thrones when it debuted on HBO. While it was something that I knew would be right up my alley, I insisted on reading the books first. So, my husband watched the show by himself. He also bought me a box set of the first four novels in hopes I would pick them up and get to reading...

I ended up binge-watching the first season when it came out on DVD and have since watched seasons two and three with my husband on Sunday nights. It's a show that I absolutely love, since high fantasy is something that has always been near and dear to my heart. The show is also a great escape from my own reality, and for that, I love it.

However, I've been avoiding the novels forever. Usually I'm not afraid of big books, but there is something so overwhelming about this series, and there's the fact that it's incomplete. Generally speaking, I like to wait for big series to be finished before I start reading them (exceptions would be Harry Potter and The Hunger Games), so that was a huge part of my hesitation. It also never felt like the "right time," since they are massive and require a lot of time to read.

But, I caved over break and told my husband I would start reading them. I even put the first title on my 2014 TBR Challenge list. So, it was time. I started reading on New Year's Day, and have been reading in smaller chunks since then. I actually think that seeing the show helped me slow down and hasn't left me super anxious to dive into the next book right away. Instead, I got to savor the writing and characters, since I knew the outcome. There was no mad rush to know what happened next! How interesting!

Anyway, reading the book was a truly a different experience in that I read slowly and savored the story. And while Martin definitely likes some heft to his stories, it was nice to sink into the world of Westeros and the shifting political landscape. I also enjoyed reading his little twists and feeling the shock of them coming alongside the characters.

One of the best pieces of the book was the character development. Each chapter is told from a different character's perspective, so as the reader, we learn bits and pieces here and there to form the whole story. I was already familiar with the characters from the show, and I was happy to see that my favorite characters were well-translated from the book (Jon Snow, Tyrion Lannister, and of course, Daenerys (she's my ultimate favorite)). I loved seeing the characters leap off the page and felt that Martin did a great job balancing their voice while in their perspective and seeing them from other perspectives. It was an interesting way to see them develop. A great example of this is Lord Eddard Stark, who had a great deal of chapters told from his point-of-view. Not only was he honorable and wise in his own voice, but it was pleasant to see the same kind of perspective from the other characters. Cersei Lannister was probably more evil in the book, as was her son Joff.

In all, the book was evenly paced if a bit heavy in parts (some unneeded description, and let's be honest, all fantasy has little side stories that aren't wholly necessary, but man, they're fun). The characters were developed fully and interesting. And the world is absorbing and mysterious. There were many little secrets Martin released (the bit about the missing black kitten, for example) that go untouched by the show that I could appreciate more during my reading. I also loved being able to understand character motivation a bit more-for example, Jon Snow's attempted desertion of the Night's Watch. Having that extra background information really made the story come alive.

I'm looking forward to eventually diving into the second novel in the series, A Clash of Kings, but I think I'll wait until next month. I'm hoping to finish book 3 by the time the fourth season airs in April.

“When you play a game of thrones you win or you die.”