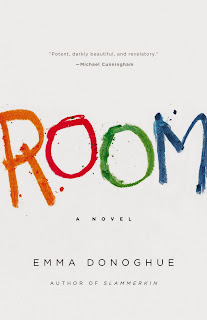 “People don't always want to be with people. It gets tiring.”

I was living under a rock when this novel came out and people told me to read it. Generally speaking, I avoid books that come out with a bang (example: The Hunger Games. I refused to read it when it first came out and started getting press). You would think I would learn my lesson. It's my inner book snob.

In any case, I was wandering the shelves in the media center before I left for our Winter Break when this one jumped out at me-it was mishelved. I grabbed it to put it away, but read the back cover and decided to bring it home with me, just in case.

So, over break, I happened to finish another book (Champion by Marie Lu) and wasn't quite tired yet. After reaching into the bag filled with books from school, this one found it's way into my hand. And I started reading...

3 hours later, I finished it. That should say something. I mean, you know when people say that they couldn't put a book down, and you're like, "No, you probably did put it down to go to the bathroom." Nope, I waited until I finished it. It drove my husband nuts.

As for the actual content of the book....it sucked me right in. 5 year old Jack has always lived in Room, along with Bed, Wall, Egg Snake, and a host of other objects and locations in the small room he shares with his mother. It is the only place he has ever known-he was born in the room and has never left, or seen the outside (there is only Skylight in Room).

The narrative starts on Jack's birthday and tells the story of how Jack and his mother decide to escape after a series of events, their rescue, and their rehabilitation into society. And while I certainly enjoyed Jack's description of Room and his life there, it was the second half of the novel that really grabbed me.

Because once out of Room, Jack has to come to terms with the fact that everything he has been taught his entire life wasn't completely true. He has to learn how to interact with people who aren't his mother, understand their emotions, and how things work in the real world. There was a scene where he was at a bookstore and saw HIS book-Dylan the Digger-and decided to keep it without understanding that there could be more than one. It was that kind of scene that really grabbed me.

“The world is always changing brightness and hotness and soundness, I never know how it's going to be the next minute.”

The result is a book that sucks you in-you have to know how Jack will handle the world around him. And how his mother will adjust to being back in the world after being gone so long.

It was a beautiful and haunting book that I really want to read again and soon. And if you brushed it off like I did, you should really give it a chance.

“In Room me and Ma had time for everything. I guess the time gets spread very thin like butter all over the world, the roads and houses and playgrounds and stores, so there's only a little smear of time on each place, then everyone has to hurry on to the next bit....”
Posted by Allie at 8:00 AM