Book 46: The Prime of Miss Jean Brodie and Book Stats. 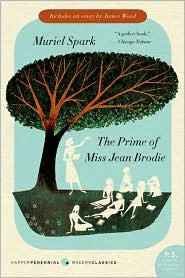 Both The Public Image and Loitering with Intent were shortlisted for the Booker Prize.

When I was compiling the list of books I would read, I looked at a few things to determine which books would make the cut. This book popped up on a few lists, including the AP Literature list, as well as some top 100 lists. And even though I have some other "modern classics" on the list, this one I never heard of.

To be honest, I am really excited for this little novel. It is about a teacher who does things her own way, and that is really appealing, especially since I am a want to be teacher. I hope that it can live up to my expectations!

This will be the only thing by Spark I will read for my challenge and I have never read anything by her before, so we shall see how it goes!