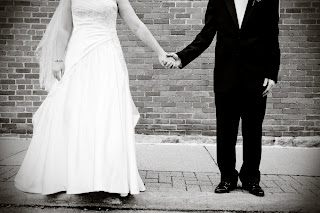 I met Matt when I was 15 and he was 14. I was a sophomore in high school and he was a lowly freshman. We were immediate friends and joked around a lot. Now, people always laugh when I say this, but we met at band camp. Yes, band camp.

We were both members of my high school's marching band. Our band was very well-loved in the community because of how big and good we were. I know that is some places being in band is for the "nerds," but while we were most definitely nerds, our band was well-respected by our peers and community.

Anyway, it was at band camp that we met and became friends. 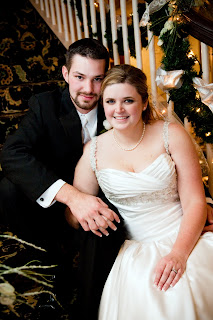 We were happy to find out that we were also in the same band class (there were 4 levels at my school), so we sat next to each other the entire year. Matt was kind of goofy and was always cracking jokes. This was something that I later came to love. If there was ever a time that a funny one liner needed to be said, Matt was the one saying it.

That first couple of months was fun. We decided to go to Homecoming together on a whim, as we liked each other well enough. It was a fun night, but no sparks. We remained friends all that year and continued to hang out and get to know each other.

The following year, I was moved up to the top band, so Matt and I did not have class together. We also weren't anywhere near each other in marching band (the first year I met him we stood next to each other a lot), so our friendship kind of dwindled to a passing "hello" whenever we saw each other. The year passed with us growing apart. 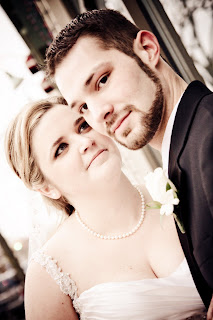 My friend Amanda got it into her head that spring that she needed to set us up. So she did her best to bring us together at parties and movies. We eventually sprung up our friendship again, and I started to fall for him. In the year that we had spent apart, Matt had really grown up (and I do mean up. I was taller than him when I met him). He was older, more mature, and I can say it, cute. It seemed like it was forever until he kissed me (sorry mom), but when he did, I knew. I knew that I wanted to be with him and nothing else mattered.

We became boyfriend and girlfriend the summer before my senior year, and spent the year together. There were many phone calls until three or four in the morning just talking about whatever came to mind. There were a lot of movie nights spent on my family's couch. But more than anything, we just fell for each other.

It has only been Matt since then. 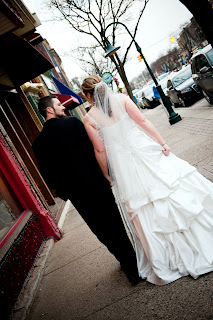 He is my best friend and the person who truly understands me. He puts up with my "book habit," bad jokes, and my attempts at learning to cook. We still play music together once a week in a community band, and we're truly grateful that music brought us together.

It was a year ago today that we said "I do" and tied the knot. It has been a year full of struggles and small triumphs. But we survived and love each other more than we did a year ago. Every day I am thankful that I found someone who loves me so completely. He is a wonderful man and while not a reader, I love everything about him. :)