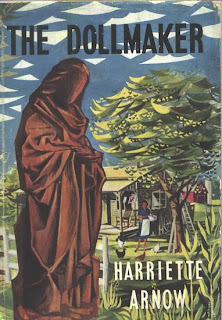 Sometimes when a writer uses a certain dialect or accent in their writing, it can make things really difficult for the reader. It gets even worse when the writer doesn't do it well. Rather than adding to the story, it distracts the reader and makes it too difficult to read. The reader spends more time deciphering the author's words than absorbing the story. Sometimes, the reader simply abandons the book.

Or, there are the writers who create a huge world and then the characters talk and ??? Nothing. The writer forgoes the idea that these people need to fit the world they created. It takes away from the impact of the story if the characters don't fit.

However, if it is done well, then it adds to the story. The reader is actually a large part of the story, as the characters' voices work their way into the reading experience. It makes the story feel more authentic and realistic.

Those are the kinds of reading experiences that I enjoy, especially when it is crafted to beautifully that I get sucked in from the very beginning.

I do struggle at first when a writer uses distinct and different accents and dialects from what I am used to. I have to pay attention a little more at the beginning until it sinks in, then it becomes second nature to make the switch in my head so I can see a new word and understand the sound. For example, when I read the Outlander books back in the Spring of 2009, I struggled at first with the Scottish accent the main characters had. Obviously as a girl from Michigan I don't speak that way, so it was an adjustment. However, by the time I finished the sixth book, I was an old pro.

In Arnow's The Dollmaker, it is the same process. The first few pages were an adjustment period and as I am chugging along, the Kentucky twang is getting stuck in my head, as it should. Arnow was from Kentucky, so she has it down to a science.

Here is an example of dialogue from the book;

"But jist between you an me-an I mean no harm-when he was home he warn't worth a continental to you in th crop maken. His coal haulen wasn't regular, an his tinkeren didn't bring in much. He loved it too well-he'd tear down some feller's old car an set it up agin and mebbe never git paid," (111).

There are some definite distinctions here between the writing style of my post and that quote. And when you have a lot of characters all speaking with a similar accent, sometimes you can get lost in deciphering.

When I was student teaching, we were reading a novel similar to this--one with a very strong accent in the writing. My students had a real hard time learning what appeared to be new words, so I had them create bookmarks out of strips of paper with the words and their meanings. This helped many of them make those connections in the story and understand the novel much better than they were.

Another favorite aspect of this dialect in the novel is what happens when Gertie's family moves north to Detroit and they have neighbors from different regions of the country. You then have a huge blending of dialects, accents, and slang melding together. Jumping back and forth is difficult, but fun to read. It keeps me entertained and I love the distinction.

"Max pondered an instant, her gum still, then nodded. 'Yu said it, sister. Damned if I'm gonna let anybody make me wanta be nothen but another piece a Hamtramck.'

'But you're very much afraid you'll start wanting to please, that's why you hate. You'll have to learn at least to cover it all up, so that they won't know and be, well, shall we say, tempted?'

Here Arnow is showing further distinction from what the characters in the novel see as educated and non-educated. The second speaker is a woman from a wealthy area north of Detroit, sent to the projects where the rest of the characters live to spread the Gospel. The other speaker is a young woman who lives in the projects and works as a waitress to help ends meet. You can see the difference Arnow is making between the two characters.

This way of writing the speech so accurately and making distinctions between the characters from different regions is making me fall deeply in love with the novel. It truly is excellent.

Anyway, enough of my lecturing for today and on with the reading!
Posted by Allie at 10:00 AM