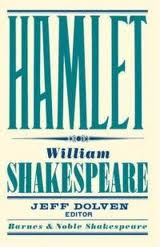 “This above all: to thine own self be true,
And it must follow, as the night the day,
Thou canst not then be false to any man.”

It has been a long time since I've read Hamlet, so when I cracked it open poolside while in Florida, I wasn't sure what to expect. On one hand, I remembered that I really enjoyed it the previous times I've read it, but I couldn't remember why. And I also felt that it could never live up to its reputation. I mean, besides Romeo and Juliet, what other Shakespearean play is so much a part of popular culture?


“To be, or not to be: that is the question:
Whether 'tis nobler in the mind to suffer
The slings and arrows of outrageous fortune,
Or to take arms against a sea of troubles,
And by opposing end them? To die: to sleep;
No more; and by a sleep to say we end
The heart-ache and the thousand natural shocks
That flesh is heir to, 'tis a consummation
Devoutly to be wish'd. To die, to sleep;
To sleep: perchance to dream: ay, there's the rub;
For in that sleep of death what dreams may come..." 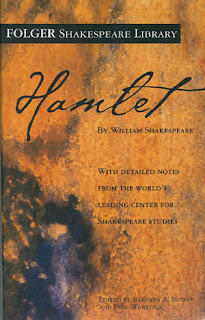 That speech is quoted and manipulated SO MUCH that many of us immediately recognize it. And before I reread Hamlet, that speech had lost a bit of meaning for me. But after diving deep into the play, I realized that Hamlet really is a phenomenal work and one that deserves the recognition it has.

For anyone unfamiliar with the play, Hamlet is about the young Prince of Denmark, Hamlet, who discovers early on that his father was murdered by Claudius, his uncle. Hamlet's father appears in ghost form and bids his son to do away with the traitorous king. In the process, Hamlet appears to go a bit crazy (if seeing ghosts wasn't enough to mark him insane). He begins to mutter to himself, and that passage above takes place when he is in the midst of his contemplations.

And obviously, in true Shakespearean tragedy form, all hell breaks loose. Claudius becomes suspicious of Hamlet's motives and conspires to off him. Hamlet kind of loses it and freaks out. His poor mother, who is married to Claudius, gets caught up in the middle. By the end, there is a lot of blood and death.

The whole play is fantastic and while it is one of the longest plays, it doesn't feel that way. There is constantly action and deception to propel it forward. I don't think any one part lagged!

On this reread, I paid closer attention to one character-Ophelia. She must have slipped under my radar on my earlier reads, but this time, I was really drawn to her. Ophelia is Hamlet's love interest. In the midst of his confusion and madness, he turns away from her and pushes her aside (he tells her to go to a nunnery). He also kills her father-maybe on accident, maybe on purpose. This drives Ophelia into complete insanity. She wanders in and out of scenes singing songs. These little pieces really drew me in, and of all the characters, she is the one I sympathized with most.

When she dies, there is confusion about whether it was suicide or accidental, but the description of her death is somewhat beautiful... 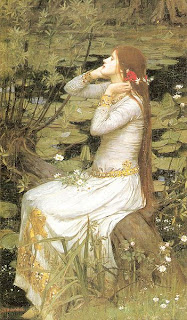 "There is a willow grows aslant a brook
That shows his hoar leaves in the glassy stream.
There with fantastic garlands did she come
Of crowflowers, nettles, daisies, and long purples,
That liberal shepherds give a grosser name,
But our cold maids do “dead men’s fingers” call them.
There, on the pendant boughs her coronet weeds
Clambering to hang, an envious sliver broke,
When down her weedy trophies and herself
Fell in the weeping brook. Her clothes spread wide,
And mermaid-like a while they bore her up,
Which time she chanted snatches of old lauds
As one incapable of her own distress,
Or like a creature native and indued
Unto that element. But long it could not be
Till that her garments, heavy with their drink,
Pulled the poor wretch from her melodious lay
To muddy death."


After finishing the play, I went and looked at some of the depictions of her death done by artists. I think the innocence of her passing is what resonates in these images...the whole beauty destroyed by ugliness idea. 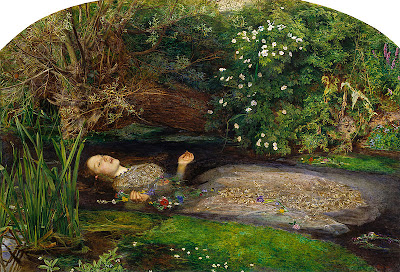 Sad, tragic, and eerily beautiful, right? She was the only character who I felt sorry for, and I have a feeling I'll be thinking about her for a little while longer.

"Too much of water hast thou, poor Ophelia, And therefore I forbid my tears."
Anyway-fabulous play and one that I would love to teach in the future. There is a lot of passion simmering under the surface, and I think discussing whether Hamlet was truly mad would be an interesting conversation to have with teenagers. I also think that teens would have a lot to say about poor Ophelia and her death.

What do you think of this one?
Posted by Allie at 8:00 AM