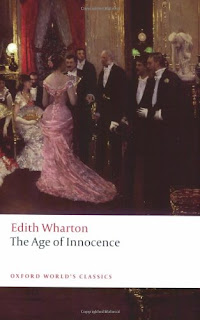 “We can't behave like people in novels, though, can we?”

I am so glad that you all picked the Wharton novel as my 125th book off my list. It was the perfect choice for the halfway point, as Wharton has long been a favorite author and this title has been languishing on my shelf, waiting for me to finally pick it up and read it.

What I love most about Wharton is her ability to capture the societies she pokes fun at. As someone who grew up in a wealthy family, Wharton knew the pressures and constraints of having money...and of feeling obligated to go along with what is expected and appropriate.

She certainly captures than in this 1921 Pulitzer Prize winning novel. I can see why she won (although, I am curious what other novels came out that year). The Age of Innocence is an interesting look at the way people interact, relate, and ultimately change into what they "should be."

“Women ought to be free - as free as we are,' he declared, making a discovery of which he was too irritated to measure the terrific consequences.” 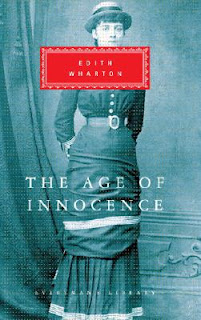 Newland Archer, our protagonist, is a wealthy man about to get married to the lovely May Welland. It is the talk of the town, as May is pretty and delightful. She comes from a good family and will make a good match for Newland. But everything seems to be overshadowed by her cousin's arrival into New York society. Countess Olenska, or Ellen, emerges on the scene with much controversy and gossiping.

After running away from her husband, the Countess has decided to return home to her old family and start over. But of course, being thrust into society has its downpoints, and the "who's who" of New York society shuns her and her reputation. It is only after Newland steps in for her (at the bidding of May), that she is welcomed a touch more into the homes of the rich and snooty.

Newland ends up befriending Ellen Olenska and soon begins to spend quite a bit of time with her. He enjoys the fact that she pushes against the societal norm-dining with those who are not part of the social elite, carousing with married men, and speaking out of turn.

Newland finds it a stark contrast to the women he has grown up with, including his new fiance. 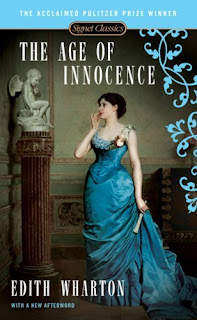 “In reality they all lived in a kind of hieroglyphic world, where the real thing was never said or done or even thought, but only represented by a set of arbitrary signs.”

Newland begins to question the world he thinks he knows. What if all women were like Ellen? What if they all spoke their minds? In a way, it scares him and he rushes his wedding forward before fully understanding what it is he wants.


And as soon as he does figure it out, well, it is too late. By that point the wedding is on at a far earlier date than may originally wanted, and to back out would mean the ultimate scandal for himself and May's family. It just wouldn't be understood and the knowledge of being ostracized from society for doing it would be too much.

So he marries May while he still carries within himself the love he developed for Ellen. It is a very tragic sense of loss and it is done in a way that is truly Wharton.


“Each time you happen to me all over again. ” 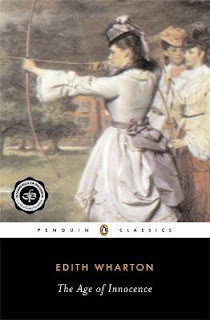 Near the end of the novel, it is clear that while Newland has thought of abandoning May, but is stuck in a place and choice he made when he was far too young.

And of course, the actual ending leaves the reader wondering.

What I loved best about thsi novel, is the commentary Wharton makes on choices and maturity. When we are young, we sometimes act rashly before knowing the true nature of what we desire. Like Newland, we rush into things, assuming that we know best and that what we want in the moment will be what we want forever.


"'She said she knew we were safe with you, and always would be, because once, when she asked you to, you'd given up the thing you most wanted.'
Archer received this strange communication in silence. His eyes remained unseeingly fixed on the thronged sunlit square below the window. At length he said in a low voice: 'She never asked me.'"

And for that, I really loved the last scene of the book. Because while Newland could change his life in a moment, he chooses not to, accepting what choices he did made and staying true to what he decided in a younger age. At first I didn't get that, but the more I thought about it, the more I loved that decision. It showed a depth to Newland, and a level of growth, that wasn't there in the beginning of the novel.

I really did come to love the novel. When I began, I wasn't so sure...but the more I read, the more I relaxed into Wharton's style. And again, she impressed me with her writing and voice. This is certainly a new favorite (but secretly, I still love The House of Mirth more). :)

“His whole future seemed suddenly to be unrolled before him; and passing down its endless emptiness he saw the dwindling figure of a man to whom nothing was ever to happen.”

“And you'll sit beside me, and we'll look, not at visions, but at realities.”

“I shan't be lonely now. I was lonely; I was afraid. But the emptiness and the darkness are gone; when I turn back into myself now I'm like a child going at night into a room where there's always a light.”

Email ThisBlogThis!Share to TwitterShare to FacebookShare to Pinterest
Labels: Edith Wharton, Favorite Passages, Finished, The Age of Innocence, The House of Mirth